As at the 2019 forum, topics for the 2021 event will cover Drilling, Completions, Injection and Production.

Our programme to date is now available to view below.

Keep checking back for more updates.

New Insights into the Impact of Well Completions on Well Production

New Insights into the Impact of Well Completions on Well Production Linda has a Master’s degree within Chemical engineering from NTNU. She joined Statoil in 1998 and has through her 24 years of experience held several technical positions within reservoir and production technology in operations and field development and leader positions within Petroleum Technology and Exploration. For the latest years she has been heading a global unit delivering production technology expertise and services across Equinor. She is currently heading Reservoir and Production Technology Competence Center Norway in Equinor. Tore works as Petroleum Engineer for the Edvard Grieg Unit with Lundin Energy Norway. He has more than 15 years’ experience from positions in production and completion operations and has previously worked with Chevron, DNO and Taqa. Tore has a Master’s Degree in petroleum engineering from Norwegian University of Science and Technology. Martin Rylance is the Distinguished Advisor and Discipline Lead for Frac & Stim at THREE60 ENERGY Ltd, he was previously the VP Wells for bp Russia and their Global Sr. Advisor.  He has worked with bpm their JVS, partners and others for 36 Years, since graduating with a BSc in Pure Mathematics.  He has over 250 publications, books, patents, articles and industry reports to his name. He has been an SPE DL on three occasions, is an SPE Distinguished Member and received the SPE GCS Completions Optimisation Award in 2015, he is a Chartered Mathematician and also a Fellow of the Institute of Mathematics.

Technically, he has been involved in all aspects of pumping, well interventions and pressure control service, multi-laterals, CTD and snubbing.  More recently he has specialised in unconventional resources and fracturing in tectonic and HPHT environments.  During his career he has been responsible for the implementation of numerous intervention campaigns, pilots and exploration programmes.  Having lived in 11 Countries and pumped in more than 43, he has built, developed and managed Teams that have since delivered 10s of 1,000’s of fracturing and stimulation treatments around the globe.

Martin is presenting in the Production session on ‘Can we finally control Fracture Height?’ at 13.05 on 7 October 2021. Kim is on the forum technical committee and will co-chair the Production session alongside Ian Mickelburgh from DuneFront. Bala is a Technical Advisor at Schlumberger, based in Houston, Texas. He has 23 years of industry experience out of which 21 years have been in sand control.  His expertises are in the area of sand control fluids and pumping.

He was a SPE Distinguished Lecturer in 2012-13, became a Distinguished Member in 2016, has published over 20 SPE papers, and is actively involved in many SPE events and organizing committees.  Bala has 24 US patents most of which are related to sand control.  He holds a BS degree from University of Pune, India, MS and PhD degrees from University of Oklahoma, Oklahoma, USA, all in petroleum engineering.

Bala is presenting on ‘Industry First: Development and Application of Novel New Technologies in Challenging Open Hole Gravel Pack Completions’ at 15.25 on the 6 October.

Kristian started his career joining Easywell Solutions in 2003. The timing was good; Easywell experienced explosive growth and was acquired by Halliburton end of 2005. Being part of the transition to Halliburton his career continued developing further into leadership within the Research and Development; Completion department. In 2012 he was assigned a Sales and Marketing position in Halliburton Completion, within the Swell Technology segment. However, when he was contacted by Fishbones later the same year, he took the opportunity to join a new and state of the art technology company. Since then Kristian has been a part of the core leadership group; working his way from R&D manager to Director of Sales, Europe.

Kristian is presenting on ‘Fishbones Stimulation Technology as Field Development Solution’ on 6 October. Kirsty graduated from Robert Gordon University with a Bachelors of Science in Biosciences and Chemistry in 1996 and has been in the fluids industry for the last 24 years; first in cementing and then in drilling fluids. Her career has spanned both Schlumberger and Baker Hughes, looking after operations in the North Sea, Greenland and the Falkland Islands. Kirsty moved from operations to a technical support role in 2009 with M-I SWACO and has looked after the Eastern Hemisphere as the Technical Services Manager concentrating mainly on Europe and Africa ever since.

Kirsty is on the forum technical committee, and is also presenting on ‘Kraken – Injector success, Leveraging Drilling Fluid Technology to Achieve Matrix Injection with Invert RDFs’ on the 7 October. Current role of bp Senior Fluids Specialist for the Eastern Hemisphere. 19 years of experience within the fluids sector for both fluids supplier/operator, covering many aspects of fluids design.  Experience spans from working inside mud plants, drilling fluid laboratories and for the last 16 years, supporting/planning fluid operations across Europe, Africa and the Middle East.

3 of my more recent career years were spent with bp working in Stavanger 2013 – 2016 (now AkerBP).  It’s great to be returning to Stavanger where I have many happy memories.  I look forward to seeing you all at EWPF 2021. Philip is the Managing Director of DuneFront which he founded to simplify and strengthen conventional sand control methodology. Prior to founding DuneFront, he worked for Schlumberger in a number of positions, including field engineering roles in both completions and pumping services, before taking on the role of Product Champion at its sand control headquarters in Houston, where he worked on a variety of new technology projects including downhole tools, screens and software. As such, he was heavily involved in supporting worldwide sand control operations while also training both young and experienced engineers. He now works internationally on the design and evaluation of sand control completions for a variety of clients and has authored a number of technical papers, presentations and patents relating to completions and sand control. He is an active member of SPE and received a Masters in Mechanical Engineering (MEng) from Imperial College London.

Philip is presenting on ‘Understanding AICD Gravel Packing – Modelling with Real Data’ at 13.40 on the 6 October. Siv holds a PhD degree in Physical Chemistry from the University of Trondheim (NTNU). She joined Shell Research in 1992, where she spent 5 years doing research on drilling and completion fluids, mainly formates. She then transferred to Shell Expro in the UK where she worked as a Production Technologist. In 2002 she joined Hydro Formates as the Western Hemisphere Business Development Manager. In 2005 she joined Cabot Specialty Fluids in Houston, and in 2007 she was transferred to Aberdeen, where she was offered her current position as R&D Manager. She was transferred back to Houston in 2016, where she currently holds the same position for Sinomine Specialty Fluids.

Siv is presenting on ‘Advances in Formation Damage Evaluation of Formate Fluids’ at 10.20 on the 6 October. Grethe has been working in the oil and gas industry since early 1990, and mainly worked for Operators in NCS, like Saga Petroleum, Norsk Hydro, Statoil, Talisman and bp. Positions have mainly been technical positions within completion and production, but also management positions within field operations and technology. Currently working for Wintershall Dea with production and operation of the Maria field in Haltenbanken.

Grethe is presenting on ‘Operational Water Injection Challenges, Maria Field’ at 10.50 on the 7 October. David Knox is the Fluids Manager for BP, with 30 years’ experience in the drilling and completion fluids industry. Starting in the service sector, David has held a number of senior technical and operational roles across the North Sea, Middle East and Asia Pacific prior to joining BP in 2012.  David has a Masters Degree in Business Management and Technology from the University of Aberdeen.

David is on the forum technical committee and will co-chair the Drilling session alongside Alex Morrison from Halliburton. Alex Morrison is a product manager for reservoir drilling and completion fluids at Halliburton, based in Houston. She has over 11 years of industry experience, working in operational and technical roles across the world. Alex has been involved in the design and implementation of reservoir drilling and completion fluids in multiple geographies and well types, from non-aqueous-based systems in extended-reach wells in Eurasia, to filter-cake breaker and displacement designs in Latin America. She holds several U.S. patents and has authored or co-authored numerous technical papers. Alex earned a MChem degree in chemistry from the University of Surrey, UK.

Alex is on the forum technical committee and will co-chair the Drilling session alongside David Knox from BP. A graduate of University College Dublin Michael has 32 years’ experience working on formation damage and well inflow challenges. With a background in Geology and laboratory formation damage testing, Michael has led many developments in test design and added to industry knowledge in areas such as fines migration and core flood testing. More recently, he has pioneered the introduction of advanced numerical techniques for upscaling laboratory results and for well inflow modelling, holding three patents related to this process. Twice an SPE Distinguished Lecturer, Michael has served on numerous SPE event committees and is a regular contributor to industry events and publications.

Mike is co-presenting the pre forum workshop on the 5 October with Allan Twynam.

Also presenting in the main forum at 15.20 on the 7 October on ‘New Insights into the Impact of Well Completions on Well Production’. Allan has a B.Sc. (Hons) in Geology from the University of Wales and was employed by BP Exploration for over 27 years in various fluids related roles in technology and engineering. Allan led the Drilling and Completion Fluid Laboratories at BP Sunbury, supporting global operations in his role as Senior Advisor Fluids and Formation Damage. He is regarded as one of the most experienced formation damage mitigation and fluids design specialists in the Industry. Allan has a long association with the SPE having published over 30 technical papers and received the North Sea Drilling Engineering Technology Award in 2015. Allan achieved SPE Distinguished Lecturer status before becoming a Distinguished Member in 2016.

Allan is co-presenting the pre forum workshop on the 5 October with Mike Byrne and is leading the technical committee organising the Forum. 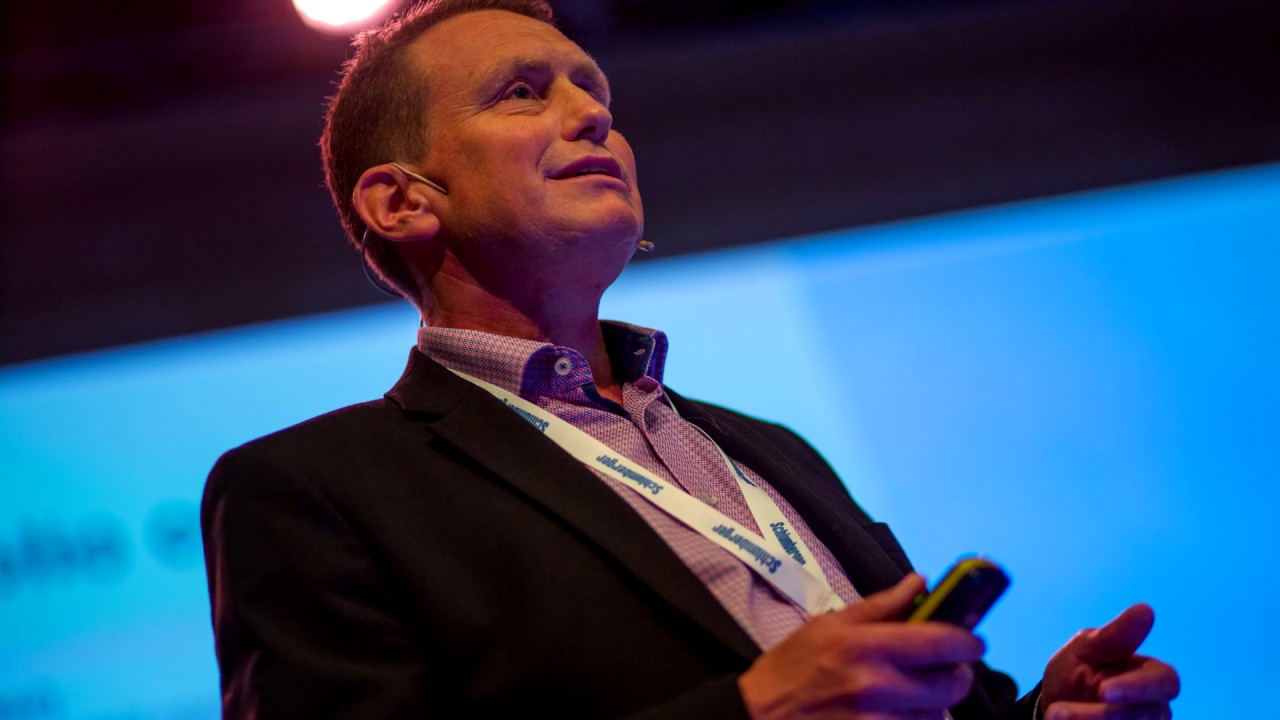 Take a look at some of the highlights from 2019! Wish to improve your understanding of how to create better and more productive wells?